Sadly the Foghorn, with associated engine driven compressed air system, had long remained silent; having been last operated by the resident Lighthouse Keepers of the Northern Lighthouse Board back in November 1987.

Unfortunately 30 years of non-use in the corrosive salt air environment had also taken its toll and initial reviews highlighted the need to first focus on the long dormant, though very impressive, vintage Kelvin K2 Diesel engines.  Located within the Lighthouse Engine Room, these three engines are the very heart of the Foghorn system, powering air compressors that produce the necessary high volume of compressed air required to sound the horn.

A bold plan to overhaul all three Kelvin K2 engines during the quiet winter months of 2016/17 was curtailed due to the poor conditions of engines and the long list of necessary work, which decades of non-use had brought about.

By January 2017 the first of three engines was in refurbished condition. Following many checks, the engine was finally ready for starting, inside what at the time was a chilling cold Engine Room.  With new water-cooling and diesel fuel assured, the engine was initially primed with petrol before that truly magical moment of engaging the 24-volt starter motor and bringing her again back into life. Once firing on petrol, this magnificent engine was allowed to gradually warm up before switching over to run on its designed principal fuel of diesel oil. Slowly and consistently, she fired on both cylinders gaining speed until intervention by the engine governor unit. All a truly magical experience!

By March 2017, the refurbishment of the second Kelvin K2 engine was complete. In similar starting sequence, the honour of firing-up this second engine was performed by Mull of Galloway Trust Director, Steve Hardy. Again, this engine did not disappoint. With two vintage Kelvin K2 engines now in good running condition, the Engine Room was cleared and cleaned in preparation for official opening by Lord Lieutenant John Ross in April 2017. The opening event was well attended by local people and visitors from far and wide and the crowd were delighted when the first engine was started up.

During the 2017 season, our two running vintage engines were frequently started, much to the unexpected delight of many Exhibition and Engine Room visitors.

Also during the 2017 summer season, engineering and mechanical focus shifted to complete necessary outside work on the compressed air system. Tasks were undertaken to replace severely corroded components on seven air receiver tanks and on associated pipes and flanges. Work was also undertaken to refurbish the clock or ‘coder’ as it is correctly known. The coder is responsible for accurate timing of the Foghorn blast sequence.  It is located in the small building below the Foghorn and is a cleverly designed wall mounted timing mechanism, not unlike the workings of a Grandfather Clock. In layman’s terms, it self-winds its own mechanism using compressed air from the system. Thereafter, it actuates an air valve, which spins fast the Foghorn siren (situated directly below the horn). As the accurate clock mechanism continues to turn, another air valve is opened allowing the huge rush of stored compressed air from all air receiver tanks to meet the spinning siren before finally exiting the mouth of the Foghorn as a blast.

By October 2017 all work was completed on the compressed air system and associated pipework. A specialised company (Plansafe Solutions Ltd) was engaged to perform an independent thorough safety inspection of the complete air system. The air system met all regulatory safety requirements and certification was granted for operating at pressure in access of that required to once again sound the Foghorn.Thereafter work was undertaken to address a leaking roof on the small Foghorn building. Painting work was also undertaken to seal exterior and interior walls and a new window was fitted to help improve appearance and security of the building. The handrail leading down to the Foghorn was also painted.

Special occasions and group bookings are welcome to experience the Engines and Fog Horn at the Mull of Galloway and these can be arranged by contacting us by email. A special event to officially sound the Foghorn took place on Sunday 1st April 2018.

See the ITV Border coverage of the Foghorn and the April event on Facebook. 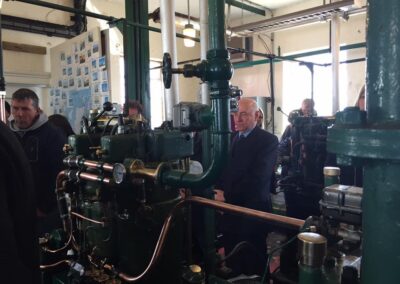 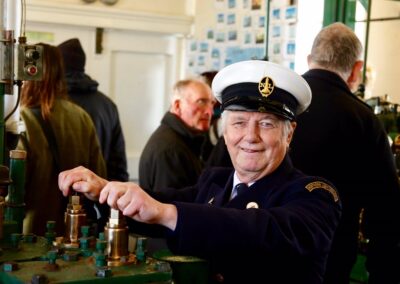 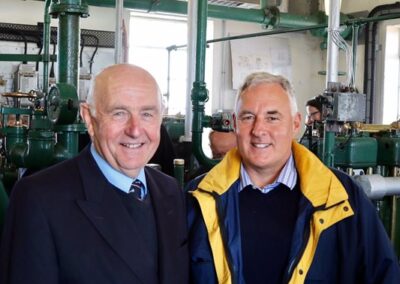 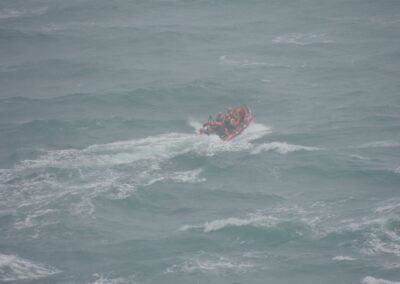 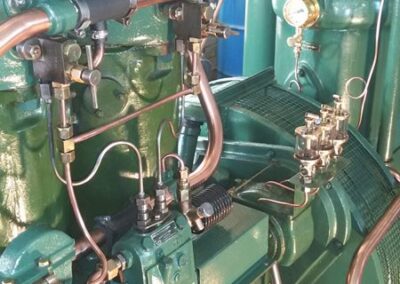 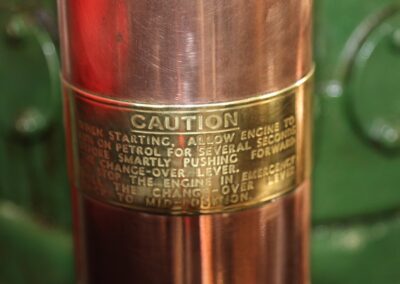 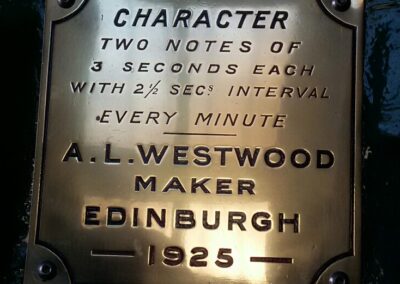 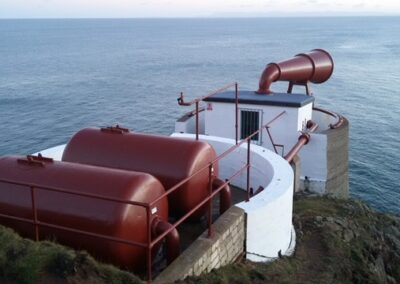 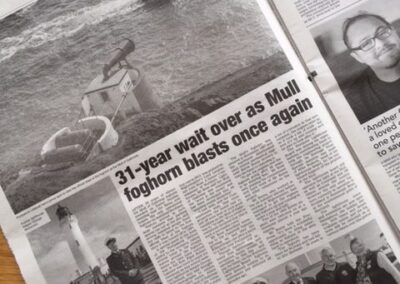 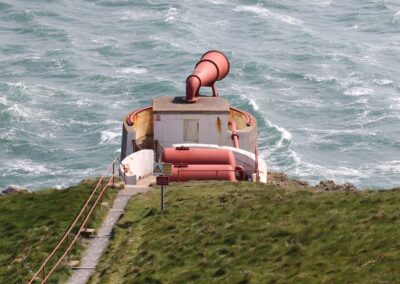 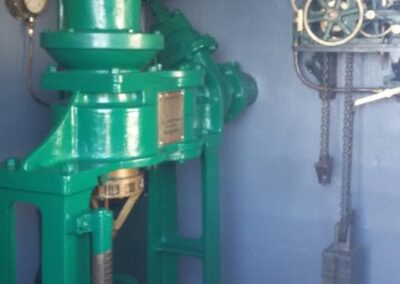 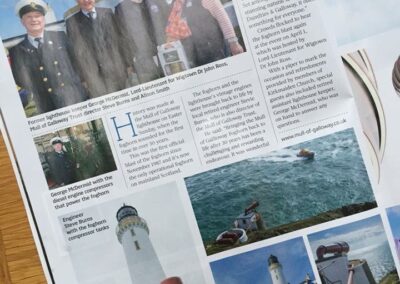 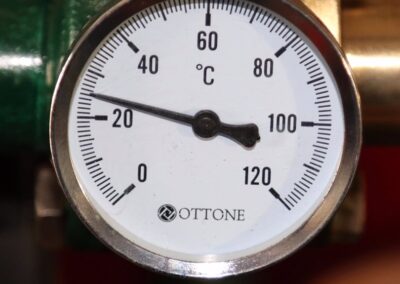 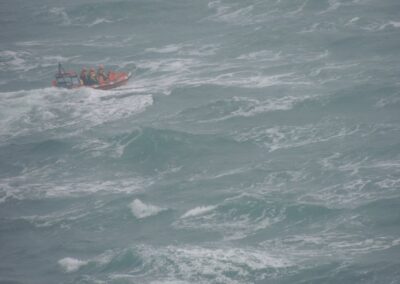 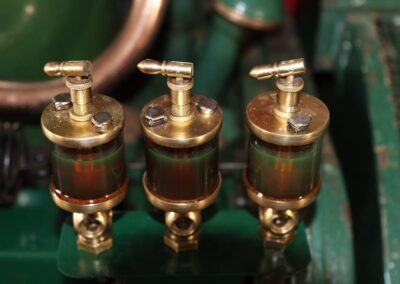 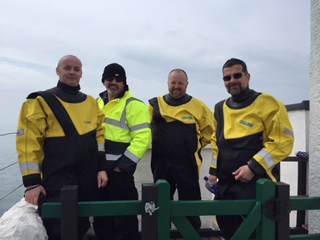 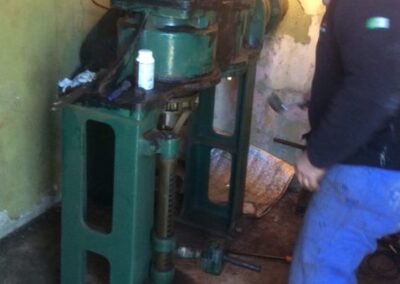 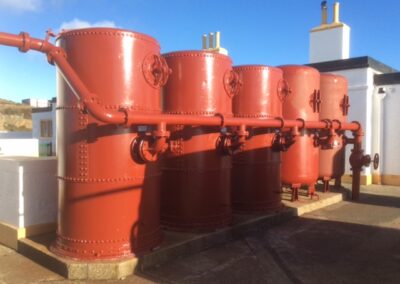 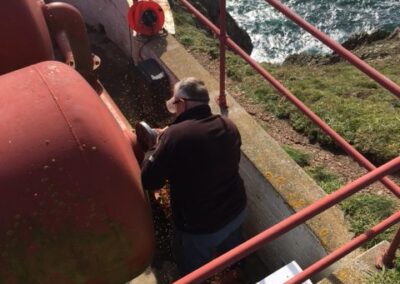