Comedienne visits the Mull of Galloway 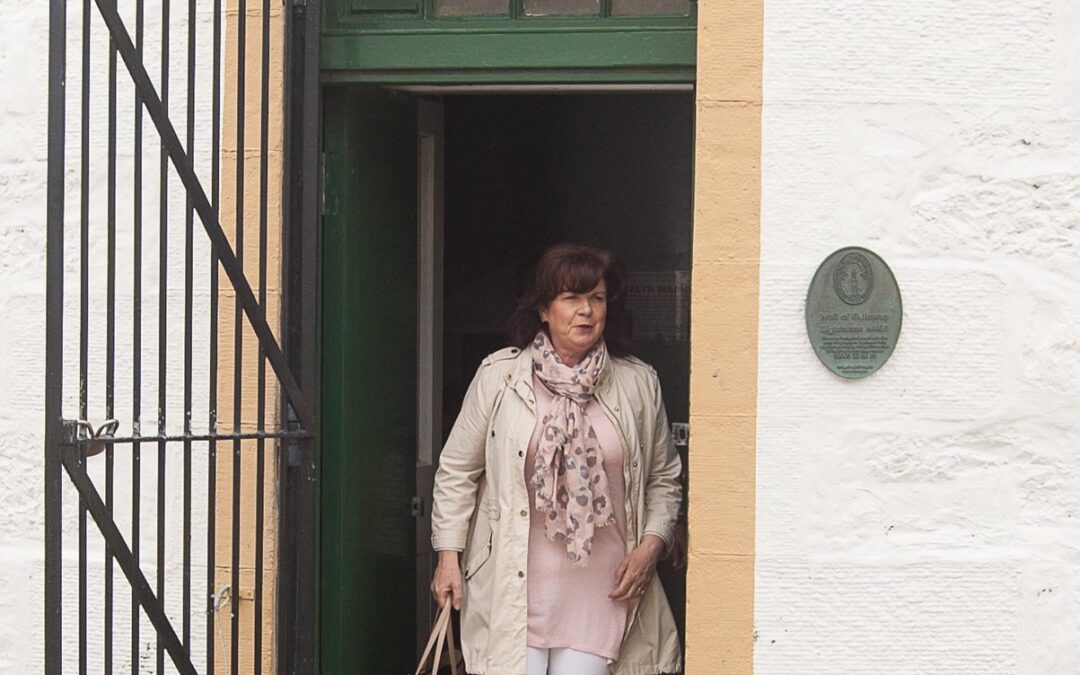 Glaswegian comedienne, Elaine C Smith recently visited the Mull of Galloway with her film crew as part of her trip around Scotland to shine a light on her favourite parts of the country. Elane and her crew were delighted to be invited to the Lighthouse at Scotland’s most southerly point.

Elaine is no stranger to the Rhins of Galloway, having previously spent almost two years filming and appearing in the BBC TV drama “2000 acres of sky”, however she had never actually visited the Mull of Galloway.

Elaine and the crew visited the lighthouse exhibition and were given a guided tour by Steve Hardy followed by a trip to the top of the lighthouse with Alison Smith. Visitors to the Mull of Galloway experience were amazed to come across a film and sound crew and Elaine herself, she chatted to the visitors, signed autographs and gladly posed to allow photographs to be taken.

Elaine will feature other parts of Scotland in her documentary and has previously visited Carnoustie, Arbroath, North Berwick and Oban as well as The Mull of Galloway, Portpatrick and Stranraer. “Birds eye view” is planned to be shown by STV in early 2015.