Seasons at the Mull of Galloway 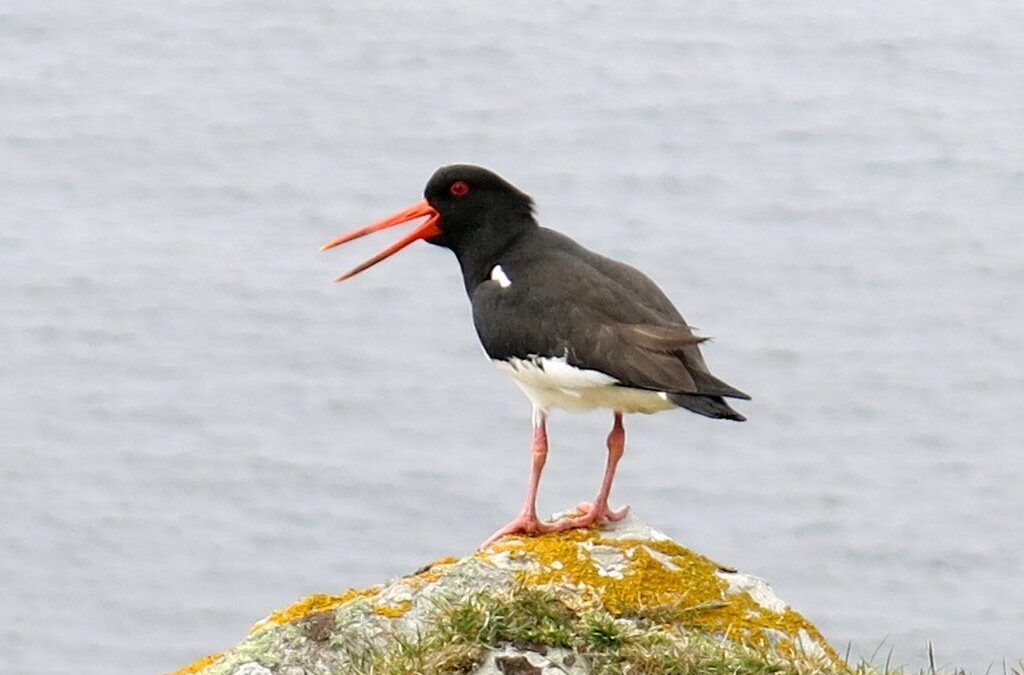 Spring at the Mull of Galloway

Undoubtedly the Mull at its finest. The cliffs are a noisy scramble of Guillemot, Razorbill, Fulmar and Kittiwake. Overhead Raven tumble and black-backed Gulls soar while on the sea black Guillemot and Puffin bob on the tidal race. The birds of this colony build precarious ‘nests’ or lay directly on the cliff or on boulders, along with a small number of Puffins which, vulnerable to rats and foxes, avoid the burrows where they would ordinarily produce their eggs.

Summer at the Mull of Galloway

Skeins of Gannet rumble past in bombing formation, leaving the Scares Rock- seen towards the east of the Mull – where they breed, to fish off the point. Pied Wagtail, Wheatear, Meadow Pipit and White-Throat bustle and flit through the rough grass.By August, the salt cropped heather is in full bloom. Growing low and compact due to the winter winds, its profusion of flowers give a purple hue to the air. Amongst the ling and bell heather grows lady’s bedstraw, yarrow, sneezewort and tufted vetch, providing a rich nectar source for the butterflies: Red Admiral, Common Blue, Wall Brown, Grayling, Peacock, Painted Lady, Large and Small White.

Autumn at the Mull of Galloway

The Mull provides an important resting place for southbound birds: Tern, Skua, Shearwater and Common Scoter are seen over the water. Swallows, House and Sand Martins gather on the lighthouse buildings in preparation for the long haul south The migrants attract the attendtion of Peregrine Falcons, which patrol the skies and stoop in high-speed pursuit of any stragglers. The burdock and creeping thistle have gone to seed and create a valuable seed bank for Linnet, Goldfinch and the increasingly rare Twite, now flocking together to guard against the patrolling Peregrine. Harebell linger on, fragile blooms buffeted by autumn gales.

Winter at the Mull of Galloway

Wind whipped waves crashing over rocks and flavouring the rain with salt, this is the Scottish coast at its most dramatic. Crisp, cold mornings, clear blue skies and a clean atmosphere allow for excellent views of the Isle of Man, the Lake District and Ireland, even to Anglesey and the Mull of Kintyre. Eider duck shelter in the lee of the point and Shag brave the storms on the rocks.

On the Sea at the Mull of Galloway

Manx Shearwater regularly pass by from June to September and are joined by Skua and the occasional Sooty Shearwater during the autumn migration. Offshore sightings of Grey Seals and Porpoises are regular; Dolphins, Basking Sharks and Otters are scarce, and Whales are a rare treat.

Wild Flowers at the Mull of Galloway

A variety of wild flowers can be seen throughout the year. Spring squill – looking like small bluebells – appear in May, and rock sea lavender and golden samphire flower on the cliffs in July and August, along with many more, some rare and peculiar to this area.