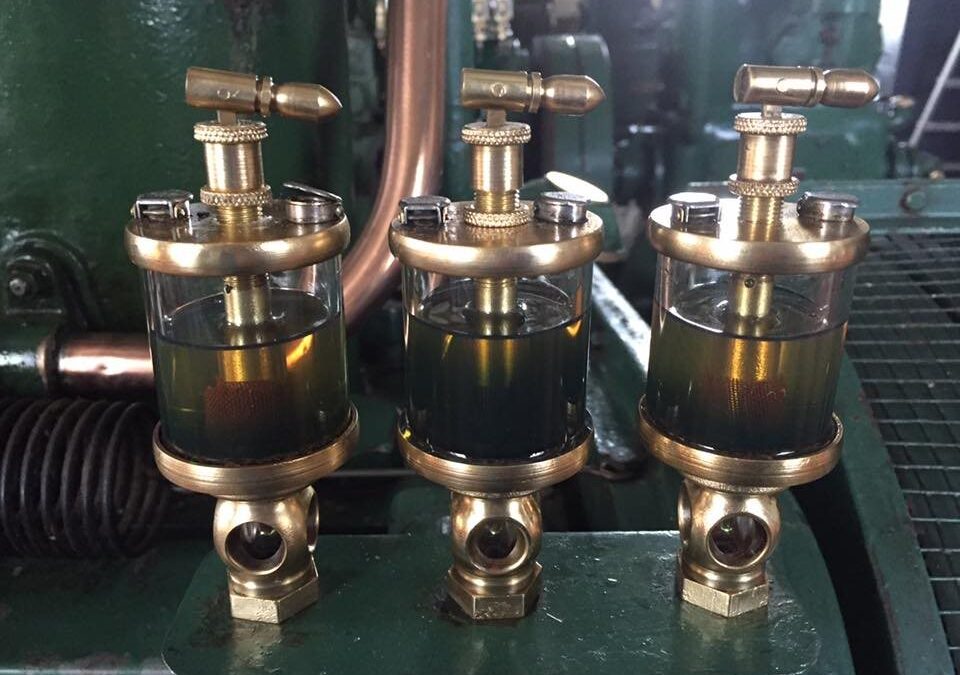 On Sunday 30th April 2017 there was a very memorable occasion at the Mull of Galloway Lighthouse. Two of the 1955 Kelvin Diesel engines were officially switched on after being silent for 30 years.

There was a special event to mark the engine switch-on with Robert Lammie, local resident and Scottish Piper, welcoming visitors to the Lighthouse. Steve Hardy, Director of the Mull of Galloway Trust gave visitors an insight into the engine refurbishment and the reasons behind the project. Then John Ross, in his role as Commissioner of Northern Lighthouse Board, switched on the first engine and there was a cheer from the gathered spectators. Engine number 2 was then officially switched on by Maureen Chand, Chairperson of the Mull of Galloway Trust, who was responsible for the successful application for funding in 2013 in order for the Community Buy-out to take place.

George McDermid, retired Assistant Lighthouse Keeper, was delighted to see and hear the engines running and he was happily chatting to visitors about his role as a Lighthouse Keeper and was answering questions about the engines and the role of the keeper in the operation of the Fog Horn.

The ladies from Kirkmaiden Church served tea, coffee, scones and fruit cake and made over £100 which goes towards church funds and the running of Drummore Church Hall.

The day was well attended by both local people and visitors from all over the country. One lady had travelled from Leicestershire especially for the event. One local man said “I wouldn’t miss this for the world”.

Work will commence on the 3rd engine after the 2017 visitor season and will continue throughout the winter months. Stevie Burns, Drummore resident and retired engineer, is responsible for the refurbishment of the engines and he will continue his work during the winter. Specialist services have been appointed to examine the structure of the air tanks and the Fog Horn and it is hoped that this will become operational in the not too distant future.

The engines will be switched on from 1pm to 2pm every Sunday during the 2017 season. Groups are welcome any day of the week by prior arrangement and enquiries can be sent by email to arrange your visit.