The Mull of Galloway Lighthouse 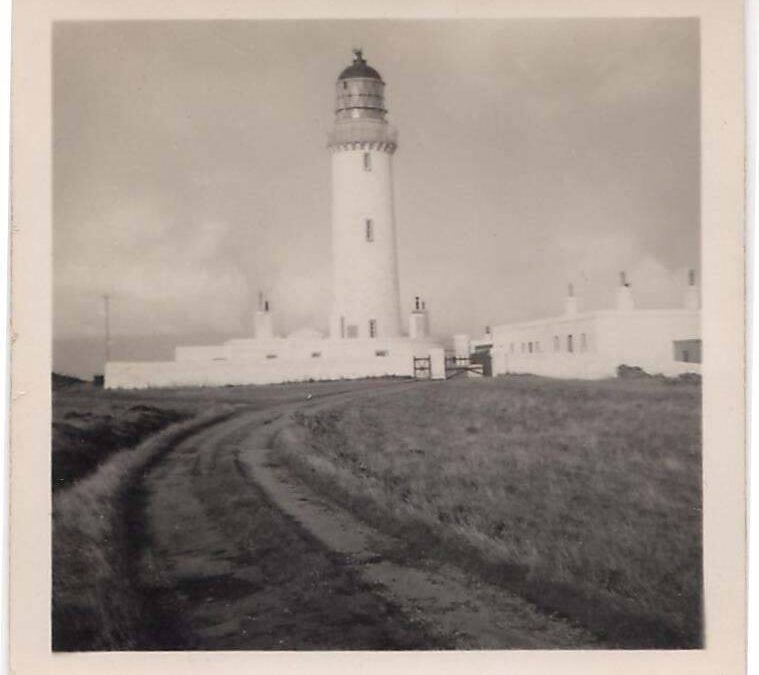 The Lighthouse, known as a Stevenson Tower, was built by Robert Stevenson. It took two years to build; work commenced in 1828 and the Lighthouse was first lit on 26th March 1830.

The tower stands 26 metres high and the light is 99 metres above sea level. On a clear night, the light could be seen 28 nautical miles (32 land miles) away with a flashing white light every 20 seconds.

Until 1971, the lens was a combination of shining brass and sparkling crystal, turning through its two and three quarter minute revolution on beautifully made rollers – so perfect that the five tons of lens could be moved by hand. The lamp was as simple as the familiar tilly-lamp, lit by hand with paraffin and then pumped up, for all the world like a camp cooking stove. There, however, the resemblance ended, for the surrounding prisms, which gave off myriad rainbows on a sunny day, caught the light and magnified it to the power of 29,000 candles.

The paraffin for the lamps, as well as other requirements of the lighthouse keepers and their families, came via ships and were deposited at East Tarbet and stored in a stone building still in evidence to this day. These ships were also used to move lighthouse keepers around the coastline from post to post.

In 1971, the Lighthouse was converted to electricity and began to use a sealed-beam light, mounted on a gearless revolving pedestal. New technology meant that cleaning of the Lighthouse became much easier, with no lenses to polish and no machinery to oil.

The Lighthouse became automatic in 1988 and is now remotely monitored from the Northern Lighthouse Board’s headquarters in Edinburgh. The Lighthouse is open to the public in the summer.

In early 2019, the Northern Lighthouse Board undertook a complete refurbishment of the Tower and replaced the old light with a two-tier light manufactured by Sealite, an Australian company.  Each Optic gives 90,000 Candelas so a total of 180,000 for Mull of Galloway. The 2 lights together make an 18 nautical mile range which is a reduction of 10 nautical miles.  NLB has moved to this type of light for mains powered stations as it is hoped that they will need very little maintenance. The lights also have a very bright “white” light which should not be lost in background town lighting when used in built up areas.